Rivalry Week aka The Holy War

There are several college campuses in Utah, but rivalry week only exists between two of them: The University of Utah and Brigham Young University (BYU).

Rivalry week, also called the Holy War, comes around once a year when the BYU Cougars and the Utah Utes meet during the college football season. This is a highlight for most Utah residents and also a time of division between Utah fans and BYU fans. 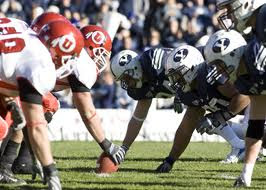 There are a number of components that make the Holy War Particularly fierce. As the name of the rivalry implies, religion is a large component to this rivalry. The long length of the rivalry is also a major element. Another factor was that both teams played in the same conference from 1922 to 20120, and the Holy War game often decided the conference title. In 2011, Utah joined the Pac-12 and BYU became independent. The proximity of the two schools and the successful nature of the two teams also fuel the rivalry. 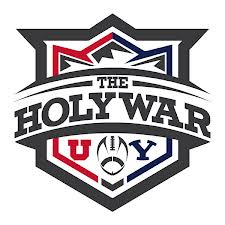 The Holy War is one of America’s oldest and most heated college football rivalries and very fun and competitive for all of us football fans. Here in the office we typically celebrate this fun week with everyone representing their team by wearing team colors and team apparel. Many of us are BYU Alumni and Utah Alumni so it is fun to take us back to the days where all week the two campuses rallied together to be the best fans for their team. We also have a tailgate party to bring all fans together! 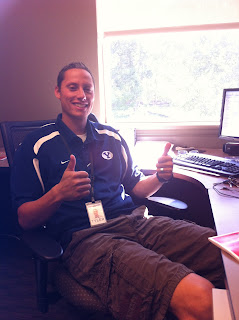 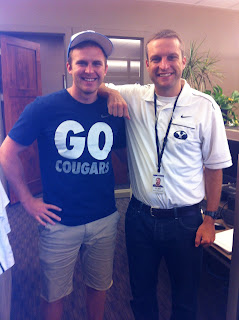 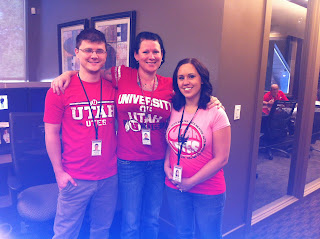 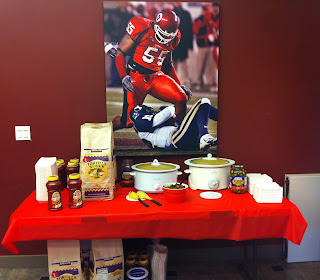 Let the tailgating begin at IDS and Progressive Finance!

I will add my two cents: Go Utes!!! Also tell us about any of your football team and office rivalries and how you celebrate in the office.
Posted by IDS, Inc at 10:50 AM

Email ThisBlogThis!Share to TwitterShare to FacebookShare to Pinterest
Labels: Around the Office, Events, IDS, Just Because, Micellaneous, Opinion, Sports, Utah